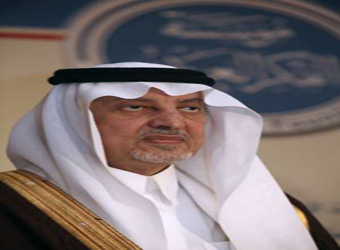 Mecca Gov. Prince Khaled Al-Faisal will open today the 12th Jeddah Economic Forum (JEF) under the theme “Beyond Borders: Building Tomorrow’s Economies.” More than 3,000 leading economists and businessmen from Saudi Arabia, the GCC and foreign countries are expected to attend the three-day event to be held at the Jeddah Hilton Hotel.
Saleh Kamel, chairman of the Jeddah Chamber of Commerce and Industry (JCCI), which is organizing the forum, said this year’s gathering was a continuation of the previous other events which were very successful.

Kamel said arrangements have been completed to host the forum, which will cost about SR15 million (24.13 million EGP). “About 85 percent of the budget has been collected from sponsors and the chamber will pay the remainder from its own funds,” he said.

Though many of the leading international economic personalities were not able to arrive, the chairman said, a large number of Saudi, GCC and foreign dignitaries would participate in the forum.

Forum Director Lama Al-Sulaiman said: “For the first time in the history of the JEF, a ministerial session would precede the opening under the title ‘Cooperation for the Sake of the Pioneers.’” She said Minister of Commerce and Industry Tawfiq Al-Rabiah and Minister of Labor Adel Fakeih would participate in the session, which will discuss cooperation between the two ministries to help businessmen launch their projects, especially SMEs.

JCCI’s Secretary-General Adnan Mandoura said an agreement would be signed during this session between the JCCI and Shell International Company to support SMEs within the chamber’s ‘intilaqa’ (launching) program aimed at enabling young Saudi men and women start their own private businesses.

He said under the program, young men and women would be trained and qualified through workshops and study courses to become successful businessmen and businesswomen.

Under the agreement, Shell will finance the training sessions and workshops for young men and women between 18-40 years of age for a whole year.

CEO of Shell Group of Companies Patrick Vann said they would provide the instructors and training programs. He said beneficiaries should not be beyond 40, should at least be secondary school graduates and not involved in any work during the training period.