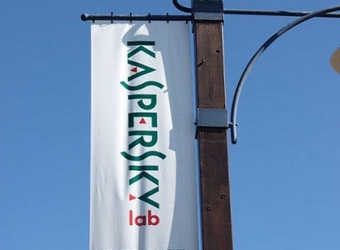 In 2017, 26.2 percent those targeted by ransomware were business users, compared to 22.6 percent in 2016. This is due in part to three unprecedented attacks targeting corporate networks that changed forever the landscape for this increasingly virulent threat, according to Kaspersky Lab.

2017 will be remembered as the year the ransomware threat suddenly and spectacularly evolved with advanced threat actors targeting businesses the world over with a series of destructive worm-powered attacks whose ultimate goal remains a mystery.

These attacks included WannaCry on May 12, ExPetr on June 27, and BadRabbit in late October. They all used exploits designed to compromise corporate networks. Businesses were also targeted by other ransomware and the company prevented ransomware infections on over 240,000 corporate users overall.

“The headline attacks of 2017 are an extreme example of growing criminal interest in corporate targets. We spotted this trend in 2016, it has accelerated throughout 2017, and shows no signs of slowing down. Business victims are remarkably vulnerable, can be charged a higher ransom than individuals and are often willing to pay up in order to keep the business operational. New business-focused infection vectors, such as through remote desktop systems are not surprisingly also on the rise,” said Fedor Sinitsyn, Senior Malware Analyst, Kaspersky Lab.

Overall, just under 950,000 unique users were attacked in 2017, compared to around 1.5 million in 2016 – with the difference between them largely a reflection of detection methodology, for example: the downloaders often associated with cryptomalware are now better detected by heuristic technologies, so not classified together with the ransomware-related verdicts collected by our telemetry.

The three major attacks, as well as other, less notorious families including AES-NI and Uiwix, used sophisticated exploits leaked online in spring 2017 by a group known as the Shadow Brokers.

There was a marked decline in new families of ransomware: 38 in 2017, down from 62 in 2016, with a corresponding increase in modifications to existing ransomware, over 96,000 new modifications detected in 2017, compared to 54,000 in 2016. The rise in modifications may reflect attempts by attackers to obfuscate their ransomware as security solutions get better at detecting them.

From the second quarter of 2017, a number of groups ended their ransomware activities and published the keys needed to decrypt files. These included AES-NI, xdata, Petya/Mischa/GoldenEye and Crysis. Crysis later reappeared – possibly raised from the dead by a different group.

The growing trend for infecting companies through remote desktop systems continued in 2017, when this approach became one of the main propagation methods for several widespread families, such as Crysis, Purgen/GlobeImposter and Cryakl.

65 percent of businesses that were hit by ransomware in 2017, said they lost access to a significant amount or even all their data; and one in six of those who paid up never recovered their data. These numbers are largely consistent with 2016.

Fortunately, the No More Ransom initiative, launched in July 2016 is thriving. The project brings together law enforcement and security vendors to track down and disrupt the big ransomware families, helping individuals to get their data back and undermining the criminals’ lucrative business model.

All Kaspersky Lab products protect users from ransomware. The company’s products also include a layer of technology; System Watcher that can block and roll back malicious changes made on a device, such as the encryption of files or blocked access to the monitor. Further, a free anti-ransomware tool is available for all businesses, regardless of which brand of security software they use.

Alongside this, Kaspersky Lab publishes regular threat intelligence overviews of the evolving ransomware landscape, for instance, here and here.

The report forms part of the annual Kaspersky Security Bulletin. Other sections of the bulletin include the Threat Predictions for 2018 published on 15 November and available here, and the annual Review and Statistics, available in December.

Kaspersky Lab is a global cybersecurity company celebrating its 20 year anniversary in 2017. Kaspersky Lab’s deep threat intelligence and security expertise is constantly transforming into next generation security solutions and services to protect businesses, critical infrastructure, governments and consumers around the globe.

The company’s comprehensive security portfolio includes leading endpoint protection and a number of specialized security solutions and services to fight sophisticated and evolving digital threats. Over 400 million users are protected by Kaspersky Lab technologies and we help 270,000 corporate clients protect what matters most to them.