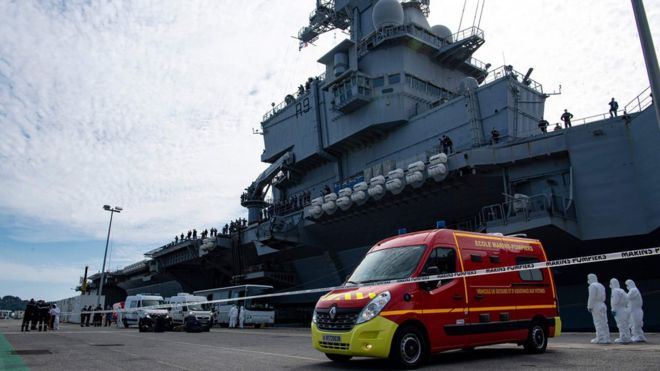 A third of the sailors serving with France’s aircraft carrier Charles de Gaulle – 668 out of nearly 2,000 – are infected with coronavirus.

Nearly all are on the carrier itself, the navy says. An escorting frigate and carrier pilots are also in quarantine.

The carrier returned to the French port of Toulon early from Atlantic exercises. Twenty sailors are in hospital, one in intensive care.

The infection total looks set to rise, as 30% of test results are not yet in.

The navy is investigating how so many sailors caught the virus. Last week the aircraft carrier was brought home 10 days early from its Atlantic deployment after some sailors showed symptoms.