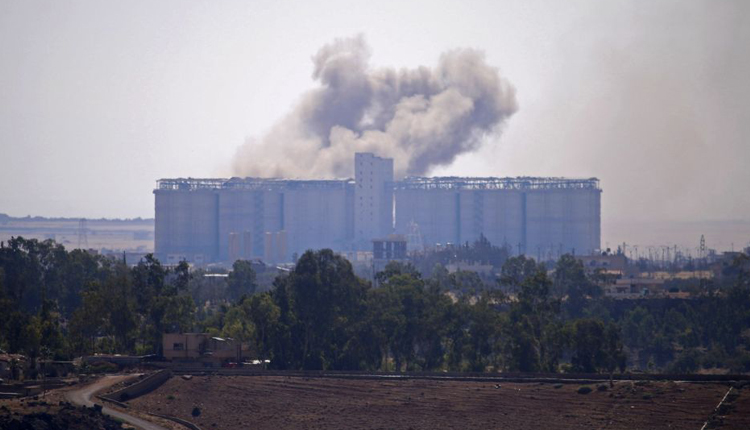 An air strike, probably carried out by U.S.-led international forces or Iraq, struck an Islamic State-held area of eastern Syria, killing 54 people including 28 civilians as well as members of the jihadist group, a war monitor said on Friday.

The Syrian Observatory for Human Rights said the air strike hit the area near the towns of al-Sousa and al-Baghouz Fawkani on Thursday near the border with Iraq, one of the last areas where Islamic State has a presence in Syria.

Colonel Sean Ryan, a spokesman for the U.S.-led coalition, said that it or “partner forces may have conducted strikes in the vicinity”. The coalition would assess the report alleging civilian casualties, he added, in an emailed response to a question from Reuters.

“We have no further information at this time,” he added.

The Syrian foreign ministry called the attack a “massacre” and an act of aggression by the “illegal coalition”. Damascus says coalition forces in Syria are occupiers because they are in the country without its permission.

The U.S.-led coalition is fighting the remnants of Islamic State on both sides of the border between Syria and Iraq. In Syria it operates in support of the Syrian Democratic Forces (SDF), an alliance of militias that includes Kurds.

The Observatory said the attack had targeted an ice factory east of Sousa a few km (miles) from the border with Iraq. Most of the civilians killed were Iraqis.

The death toll could rise because dozens more people had been wounded including some in critical condition, the Observatory said.

Earlier reports by the Syrian state news agency SANA and the pro-Damascus al-Watan newspaper accused the U.S.-led coalition of carrying out the air strike. Reuters could not independently verify those reports.

Islamic State was largely defeated in most of the territory it controlled in both countries last year, but fighters still operate in the desert near the border.

Shakira sings at ‘magical’ cedars of Lebanon, land of her ancestors