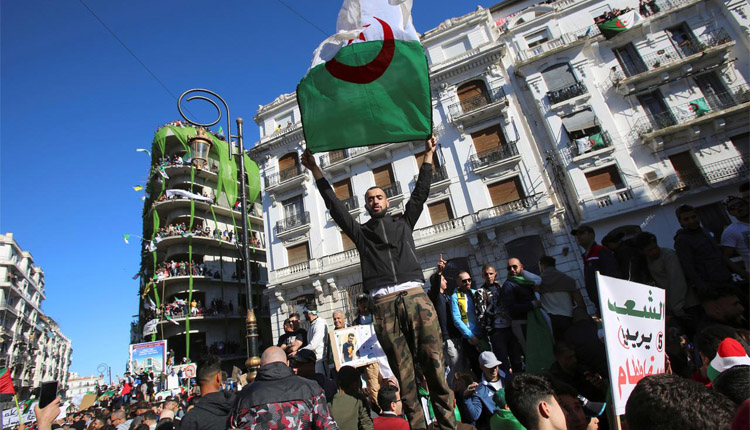 Thirteen independent Algerian unions have refused to back the newly-appointed prime minister’s efforts to form a government he hopes will placate protesters who are pressuring President Abdelaziz Bouteflika and his inner circle to step down.

“We will not hold discussions with this system, we belong to the people and the people said ‘No’ to the system,” Boualem Amora, one of the leaders of the education sector unions, told reporters.

Prime Minister Noureddine Bedoui has promised to create an inclusive government of technocrats, taking in the military and business representatives, in a country dominated by veterans of the 1954-1962 war of independence against France.

But union leaders said they refused to enter a dialogue when he reached out to them.

Many Algerians, who have been demonstrating for more than three weeks, have rejected overtures by Bouteflika, 82, who has reversed a decision to stand for another term after 20 years in power.

On Sunday some workers at Algeria’s biggest natural gas field staged a protest against extending the president’s fourth term, an energy official said, referring to a proposal by Bouteflika to stay in office until a new constitution is adopted.

Output at the Hassi Rmel field was not affected, said an official from state oil and gas company Sonatrach.

Algeria is an important gas supplier to Europe, mainly Italy, Spain and France. Several foreign firms operate in the country including BP, Total and Repsol.

In the 1990s, oil and gas production did not stop despite the country’s descent into chaos during a civil war between security forces and Islamists.

Since returning from medical treatment in Switzerland the president has in recent days been losing allies, including senior members of the ruling National Liberation Front party, known by its French acronym FLN.

Protests have been mostly peaceful and the military, which is expected to keep playing its influential behind-the-scenes role as a power broker, has stayed in the barracks.