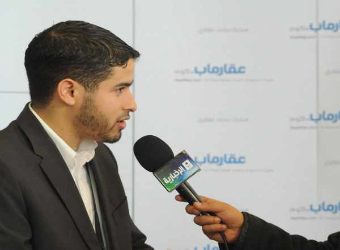 Aqarmap.com, the leading Real Estate portal in the Middle East announced its expansion to the Saudi market aiming to help Real Estate Developers and Brokers achieve their projects sales and marketing targets. Aqarmap is well known for its simplicity in displaying properties and its effectiveness in connecting potential buyers with Real Estate companies.

Prince Abdulaziz Bin Abdallah awarded the CEO of Aqarmap.com, Amad Almsaodi, The Best Entrepreneur in the Middle East in 2013 for the unparalleled success the company has achieved in helping thousands find their dream homes. The Award ceremony was organized by the Centennial Fund, and it was held at Alfaisaliah hotel in Riyadh.

Just after launching in Saudi, Aqarmap announced that it has inked two marketing deals with two of the leading Developers in Saudi: Salman Bin Saedan Group and Shumool for Real Estate Developments. Aqarmap hopes to replicate its success in Saudi, as it has been helping leading Real Estate developers such as UAE based Emaar achieve their sales and marketing goals.

In its efforts to reach the biggest number of potential Real Estate buyers and investors, Aqarmap also announced that it will be participating in Riyadh Real Estate Development Exhibit which will be held from the 27th to the 30th of April; in addition, the company will particiapte in CityScape Jeddah which will kick off on May 4th.

Aqarmap also stated that their website (www.aqarmap.com) is currently getting more than 150,000 visits from Saudi, and they expect this number to reach 500,000 by end of 2014. Demand for Real Estate in Saudi has been growing rapidly due to a huge gap in supply, and Aqarmap believes that it will help reduce this gap by helping Real Estate companies market their properties effectively.