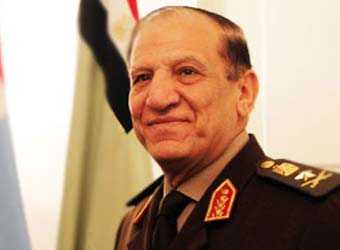 The Supreme Committee of the Armed Forces (SCAF) in Egypt has accused Sami of committing violations that “warrant official investigation”.

In a statement released on Tuesday, SCAF said that the 69-year-old, who announced his candidacy for the presidential elections in March on Sunday, had forged official documents to end his military service and did not obtain the army’s approval to run.

“The Armed Forces do not condone the blatant breach of the rules and regulations of military service that the accused has committed, such as committing the crime of forgery represented in the termination of his service in the armed forces, which led to his inclusion in the electoral roster,” the statement said.

The statement also said that Anan was seeking to divide the armed forces and citizens.

Anan had announced his intention to run, two hours after current President Abdel Fattah el-Sisi declared his plan to seek a second term.

In a speech posted on his Facebook page, Anan called on the country’s civil and military institutions to be neutral in the presidential race.

He said he was running because the plight of Egyptian people was worsening with the military’s overbearing control of the the administration.

This, he said, did not enable the private sector to play its role in running the affairs of the state.

Earlier, Egyptian authorities stormed the homes of Anan’s presidential campaigners and arrested a number of them. Anan’s campaign announced their suspension of work on their Facebook page for fear of their workers’ safety.