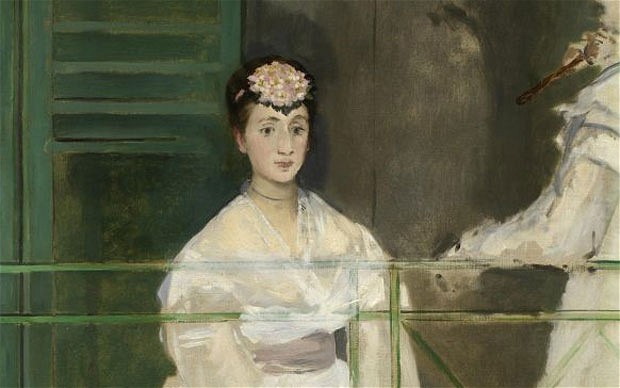 The Ashmolean Museum in Oxford has launched a campaign to buy a painting by the French Impressionist Edouard Manet and stop it leaving the UK. Portrait of Mademoiselle Claus, painted in 1868, has been owned by the family of the artist John Singer Sargent since 1884 and has only been exhibited once.

The family have agreed a sale with an unnamed foreign buyer for £28.35m.

But the UK government has imposed an export bar and will let the museum buy it for £7.8m if the funds can be found.

The Ashmolean would be able to purchase it for the lower amount because the government would waive the £20.5m tax that would be required with a private sale.

The painting “reveals fascinating new information about the working methods of Edouard Manet, one of the greatest masters of modern art”, the museum said.

It would be a “great revelation both to the public and to Manet scholars”, the museum added.

Director Dr Christopher Brown said: “This is one of the most important pictures of the 19th Century, which has been in this country since its sale following the artist’s death.

“Its purchase would, at a stroke, transform the Ashmolean’s representation of Impressionist painting.”

The museum is now looking for funds from public bodies, trusts and private donors and must raise the money by August.

The portrait is of Fanny Claus, a concert violinist and friend of Manet’s wife. It was a preparatory study for Le Balcon, which hangs in the Musee d’Orsay in Paris.

1.7 bn the outcome of reserving lottery land for family housing