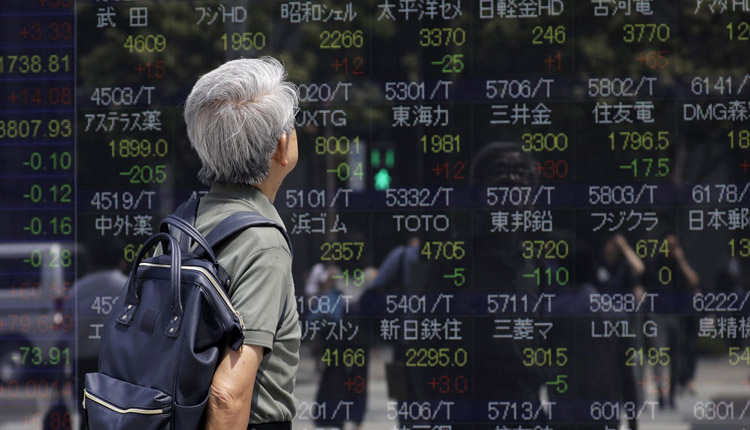 Asian shares declined by the close on Friday, as U.S. markets broke a new record, with positive news on the trade front further boosting sentiment.

Hong Kong’s Hang Seng index was flat in its last hour of trading.

China on Friday left its new lending benchmark — the loan prime rate — unchanged, as expected, after it kept rates of medium-term loans steady earlier this month.

Japan’s Nikkei 225 followed the downward trend, dipping 0.20 percent to close at 23,816.63, and the Topix index edged down 0.18 percent to 1,733.07. The country’s core consumer inflation rose 0.5 percent in November from a year earlier, according to government data on Friday — still far from its elusive 2 percent target.

Meanwhile, Chinese President Xi Jinping, at a Friday ceremony to mark the 20th anniversary of Macao’s handover, encouraged the diversification of its casino-dependent economy. Officials have been expecting measures to include a new yuan-denominated stock exchange, according to a Reuters report.

Positive trade news further boosted sentiment, after a new North American trade deal was passed in the U.S. House of Representatives on Thursday. The deal is expected to be approved by the Senate next year. The United States-Mexico-Canada Agreement replaces the North American Free Trade Agreement (NAFTA).

But Japanese autos took a tumble in response. The new deal included a requirement that 75% of auto parts come from North America, up from the previous 62.5 percent required by NAFTA.

While those rules are aimed at substantial increases in domestic production, that’s likely to hit automakers in Japan. Many Japanese automakers have production bases in Mexico.

They manufacture cars and trucks in the North American nation for export, according to data from Mexico’s auto industry association AMIA.

The U.S. dollar index, which tracks the greenback against a basket of its peers, was last at 97.421, retreating from a high of 97.486 earlier.

The Japanese yen traded at 109.26 against the dollar, strengthening from levels above 109.5 earlier.

The Australian dollar last changed hands at $0.6888, strengthening after much stronger-than-expected jobs data on Thursday. It was hovering around levels of 0.685 earlier.

Oil prices drop over 1%, but ekes out 3rd straight week of earnings