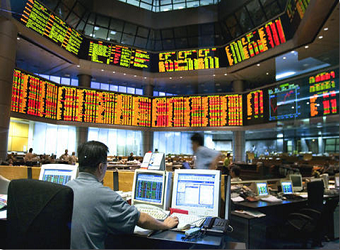 Asian markets traded narrowly mixed on Tuesday, following the lower close on Wall Street and as markets digested the impact of diplomatic tensions between Qatar and other Middle Eastern nations.

The S&P/ASX 200 tumbled 1.26 percent, driven by broad declines in the utilities, financials and energy sub-indexes. Major banking and resource stocks traded in the red.

The subdued performance in the markets overnight could be due to investors awaiting bigger news due later in the week, National Australia Bank Currency Strategist Rodrigo Catril suggested in a Tuesday morning note.

“It has been a quiet overnight session ahead of what could be a stormy Thursday, with the European Central Bank, U.K. election and (James) Comey’s testimony all occurring on the same day,” Catril said.

Despite Qatar’s position, BMI Research said in a note that there was “little risk” to pricing and trade flows in the LNG markets, due to the low risk of disruption to transit routes through the Strait of Hormuz.

“Oil prices initially rallied on geopolitical tensions but fell towards Friday lows after markets reassessed that Qatar is a small crude producer,” Mizuho Bank Strategist Weiliang Chang said in a note. He highlighted concerns that mistrust between Iran and other Gulf countries could potentially result in “reduced compliance with (OPEC) output cuts.”

Meanwhile, shares of China Evergrande Group soared 6.67 percent after the company said it would redeem perpetual bonds ahead of time. Moody’s had earlier revised the company’s ratings outlook from negative to stable.

Down Under, Australia’s balance of payments reflected a A$3.1 billion ($2.31 billion) current account deficit, wider than expected. The Reserve Bank of Australia held the cash rate unchanged at a record low 1.50 percent, as expected.

The Australian dollar gained slightly after the RBA’s decision to keep cash rates unchanged. Aussie/dollar, which fetched as high as $0.7482 just ahead of the decision, traded at $0.7491 at 12:45 p.m. HK/SIN.

First quarter GDP due later this week is likely to influence the direction of the Aussie dollar more than the Reserve Bank of Australia’s decisions due today, said Commonwealth Bank Senior Currency Strategist Elias Haddad.

The dollar edged lower against a basket of six major currencies, off the seven-month low seen last Friday. The dollar index traded at 96.646, off a high of 96.799 seen earlier in the session.

The British pound hit a ten-day high in the overnight session ahead of the U.K. election later this week, fetching as much as $1.2908 compared to levels around the $1.28 handle seen last week. Cable last traded at $1.2927.

Stateside, stocks in the U.S. closed the session lower after hitting record highs before the weekend.