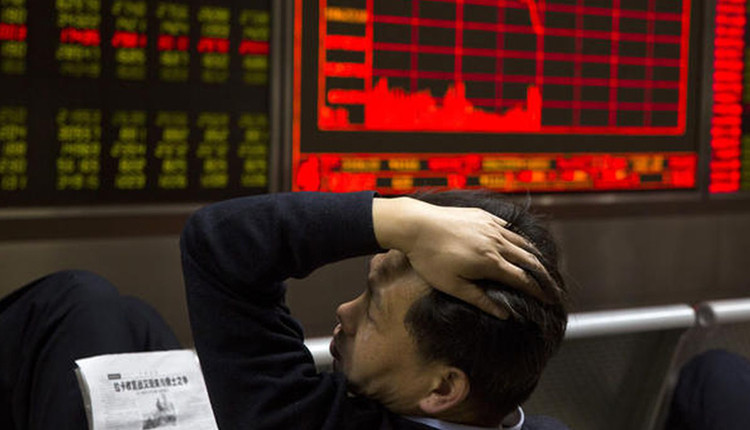 Asian stocks edged lower on Monday, as markets took cues from declines in Wall Street’s last session, with focus shifting to the Bank of Japan and other central banks that are holding meetings this week.

The Nikkei 225 declined 0.62 percent, with falls in utilities, energy and pharmaceuticals weighing on the overall index. The broader Topix traded lower by 0.29 percent.

Elsewhere, the Kospi pared steeper losses from earlier to hover just below the flat line as investors digested earnings releases. The index traded lower by 0.07 percent amid losses in large cap technology names, with index bellwether Samsung Electronics down 0.96 percent before the release of earnings due on Tuesday.

Chinese stocks traded also traded lower, with the Shanghai Composite reversing moderate gains seen in the morning to slip into negative territory and shedding 0.16 percent. Meanwhile, the blue-chip CSI 300 index edged down by 0.32 percent and the smaller Shenzhen Composite pulled back by 1.22 percent.

Down Under, the S&P/ASX 200 eased 0.37 percent. Losses were led by the drop in the health care and information technology subindexes, while heavily weighted “Big Four” banks all traded lower.

Intel shares fell in the previous session on the chipmaker announcing delays for next generation chips while Twitter sank after reporting a drop in monthly active users. That contributed to a second day of steep losses for the tech sector stateside after the plunge in Facebook’s stock on Thursday.

Meanwhile, U.S. second-quarter GDP grew at 4.1 percent, in line with expectations, with a jump in consumer spending and business investment contributing to the figure. That was the quickest pace of growth since 2014.

Against the yen, the dollar was mostly steady at 111.07 at 12:36 p.m. HK/SIN, ahead of the Bank of Japan’s statement on monetary policy due on Tuesday. The central bank began its policy meeting on Monday.

“Our base case scenario is for the BOJ to make no policy change. But there is increasing speculation the BOJ may tweak its yield curve control settings in part because of lower bank profitability and muted inflation in Japan,” Elias Haddad, senior currency strategist at Commonwealth Bank of Australia, wrote in a note.

Stateside, the Federal Reserve’s Federal Open Market Committee will embark on its two-day meeting on Tuesday, although not much is expected to result from that. Still, investors are keeping watch for clues as to whether the central bank will raise rates for the fourth time this year in December.

The dollar index, which tracks the greenback against a basket of peers, was a touch firmer at 94.722.

On the commodities front, Brent crude futures was flat at $74.29 per barrel and U.S. West Texas Intermediate crude rose 0.31 percent to trade at $68.90.

In individual movers, Hotel Shilla was up 2.55 percent after rising more than 6 percent earlier in the session. The company reported a 303 percent increase in operating income after the market close on Friday.

Meanwhile, other companies due to report earnings on Monday include Hang Lung Properties and Sumitomo Mitsui Financial Group.