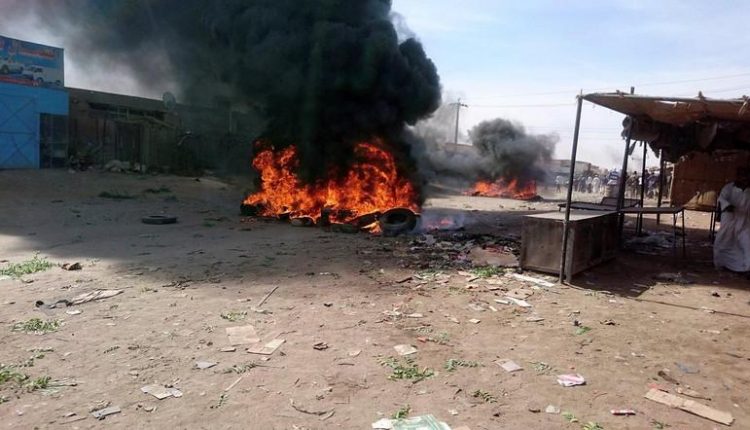 At least one protester was killed in the northern Sudanese city of Atbara on Friday, the security chief said, as people took to the streets across the country for a third day against price rises and corruption.

Police fired teargas at groups who gathered in Atbara and the capital Khartoum’s twin city of Omdurman after noon prayers, witnesses said, and residents reported hearing gunfire in surrounding areas and in the southern state of White Nile.

Web users reported problems accessing the internet, and some accused the government of blocking social media including Facebook, Twitter and WhatsApp in a bid to stop protesters communicating. There was no comment on that from the government.

Public anger has been building over price rises and other economic hardships, including a doubling in the cost of bread this year and limits on bank withdrawals.

At least eight people died during larger protests on Thursday when some demonstrators called for the overthrow of President Omar al-Bashir.

Security services said they used restraint in containing demonstrations that on Thursday took place as far afield as Dongola to the north and al-Qadarif to the east – and a government spokesman said ‘infiltrators’ in the crowd had spread trouble.

In a rare press conference, the head of Sudan’s National Intelligence and Security Service (NISS), Salah Abdallah Mohamed Saleh, said seven people had been arrested in connection with the burning of ruling party office buildings in earlier protests.

“We recognise that we must have self-restraint and manage things wisely and take care of the lives of the people and of public property, and we are not bothered by demonstrations, but we are upset by the lapse in security,” said Saleh, also known as Salah Gosh.

He said one person died during what he said was an attack on a police station in Atbara.

Saleh blamed rebels with links to Israel whom he said had been brought into Sudan by a network based in Nairobi, Kenya, for inciting the violence. He did not offer evidence to back up the assertion.

Police had stepped up their presence outside Khartoum’s main mosques ahead of the third day of demonstrations.

There were small-scale protests across at least eight neighbourhoods in the capital on Friday, but they were short-lived, witnesses said.

Authorities have declared states of emergency and curfews in cities in at least four of Sudan’s 18 states, according to local media.

The ministry has also announced that it would shutter universities in Khartoum state and schools and kindergartens in the capital city.

Sudan’s economy has struggled to recover from the loss of three quarters of its oil output – its main source of foreign currency – when South Sudan seceded in 2011.

Long lines continued to stretch outside of ATMs and bakeries in Khartoum early on Friday.

Bashir, one of Africa’s longest-serving leaders, took power in an Islamist and military-backed coup in 1989. Lawmakers this month proposed a constitutional amendment to extend term limits that would have required him to step down in 2020.