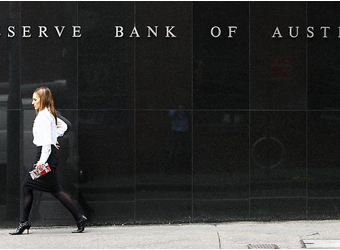 The Reserve Bank of Australia (RBA) posted a loss of A$0.9 billion ($719.8 million) in the year ended June, compared with a profit of A$2.9 billion in the previous year, reflecting losses on foreign assets as the local dollar surged.

The RBA will pay a dividend of A$1.3 billion to the Australian government as unrealised valuation losses were offset against previously retained gains, the RBA said in its annual report on Thursday.

“While the Reserve Bank earns a profit in most years, it also holds reserves sufficient to cover potential financial losses when they occur,” it said. “Despite the accounting loss, earnings of A$1.3 billion were still available for distribution.”

The bank had losses of A$420 million on its gold holdings and A$1.9 billion on securities and foreign exchange, it said. The Australian dollar rose 3.2 percent in the twelve months to June 30.

The underlying rate of return on the Bank’s assets remained low, it said, as interest rates were subdued in Australia and elsewhere.

The RBA slashed interest rates twice last year to a record low 1.50 percent and has since stood pat. Economists polled by Reuters this month see steady rates over a one-year horizon.