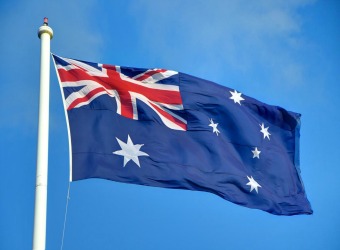 Australia on Tuesday launched a postal vote on whether to legalize same-sex marriage as a widely watched poll indicated the country would be overwhelmingly in support.

The non-compulsory ballot, which runs until the end of October, will determine whether Australia becomes the 25th country to legalize same-sex marriage, while also healing a rift in the government.

Despite securing 70 percent public support in an Ipsos/Fairfax poll on Tuesday, the issue of same-sex marriage had faced a political deadlock, only broken last week when the High Court gave the all-clear for the vote.

“Change in this country only ever happens when people participate in the change,” Shorten told reporters in Canberra. “Please don’t leave this change to other people.”

The ballot of nearly 16 million people at a cost A$122 million ($97.86 million) will help Prime Minister Malcolm Turnbull unite his Liberal-National coalition, which had been fractured over the issue throughout his two-year tenure.

Turnbull had been under pressure to resolve the impasse after two previous efforts to hold a compulsory vote were rejected by the Senate, where the government is in the minority.

Frustrated progressive members said they would side with the opposition Labor Party to secure same-sex marriage if the PM could not finally resolve the issue, though some conservative lawmakers threatened to resign if Turnbull did not stick to a public vote, threatening the PM’s one-seat majority.

The impasse was eventually resolved when the High Court ruled the government could proceed with the non-compulsory vote, without Senate approval.