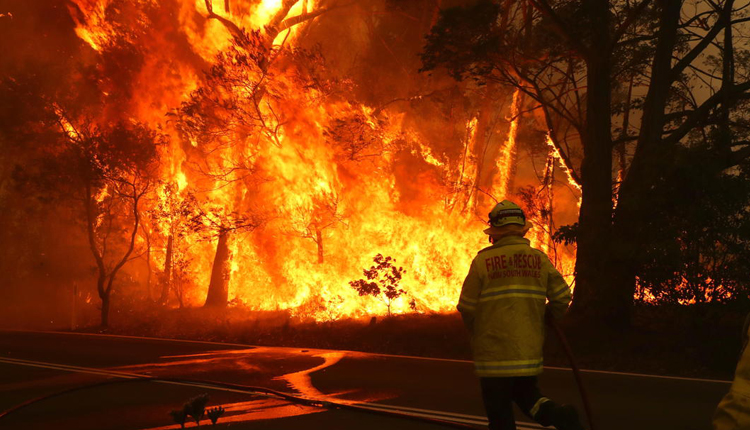 Australian Prime Minister Scott Morrison has canceled official trips to India and Japan that were scheduled for the second half of January as he battles a bushfire emergency at home.

Morrison said on Saturday he had spoken to Indian Prime Minister Narendra Modi and Japan’s ambassador to Australia, Reiichiro Takahashi, seeking to reschedule the meetings so he could tackle the country’s growing fire crisis.

“I should stress that both of those scheduled meetings are postponed and will move quickly to identify another opportunity,” Morrison told reporters after announcing a big step-up in the military’s role in rescue and relief efforts.

Morrison had been set to leave for India on Jan. 12, followed by a trip to Japan, with talks due to focus defense, intelligence and security and trade issues.

The decision to postpone the trips came after Morrison faced heavy criticism in December for taking off on a family holiday to Hawaii while fires raging across Australia since September continued to burn.

He cut the family trip short and apologized.

Australian firefighters continued to battle dangerous conditions, with fires in New South Wales and Victoria states expected to burn uncontrollably in temperatures above 40C (104F) and strong, shifting winds threatening to fan and spread the flames.

Authorities have said conditions could be worse than New Year’s Eve, when fires burnt massive tracts of bushland and forced thousands of residents and summer holidaymakers to seek refuge on beaches.

Bushfires have killed 23 people and destroyed more than 1,500 homes since September, Morrison confirmed.

US to deploy thousands of additional troops to Middle East