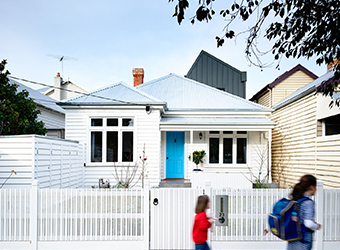 The Australian housing market has peaked and could crash if the country’s central bank hikes rates by too much or too quickly according to researchers at the Swiss bank, UBS.

Property in Australia has boomed and the most recent government data marked growth in residential property prices at 10.2 percent year on year for the 2017 March quarter.

In a note Monday, UBS Economist George Tharenou said any rash interest rate action from the Reserve Bank of Australia (RBA) could trigger a crash.

“We still see rates on hold in the coming year, amid macroprudential tightening on credit growth and interest only loans.

“Hence we still see a correction, but not a collapse, but if the RBA hikes too early or too much (as flagged by its hawkish minutes), it risks triggering a crash,” Tharenou warned.

After a multi-year boom, the cost of an average home in the country now sits at 669,700 Australian dollars ($532,000) but Tharenou said price growth is certain to slow.

“Despite weaker activity, house prices just keep booming with still strong growth of 10% y/y in June. However, this is unsustainably 4-5 times faster than income.

Tharenou said the Australian economy looks robust as its population surges but home buying sentiment has dipped to a level not seen since the 2008 financial crisis.