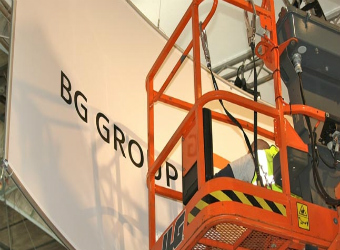 BG Group Plc (BG/), the U.K.’s third-largest oil and gas producer, said production next year will be lower than expected because of unrest in Egypt, a project delay in Norway and depressed U.S. natural-gas prices.

Turmoil in Egypt has delayed the West Delta Deep Marine project and first production from the Knarr project in Norway has been pushed back four months to the second half of next year, Reading-based BG said in a statement in London. The combined impact will shave 30,000 barrels a day off next year’s production. The company will also operate fewer rigs in the U.S., reducing next year’s volumes by 17,000 barrels a day.

BG stock had recovered most of the ground lost after dropping the most on record last October, when the company said output won’t increase in 2013. The company today maintained its predictions for production in 2013 and reiterated that output should rise to as much as 825,000 barrels of oil equivalent a day in 2015.

Chief Executive Officer Chris Finlayson said July 26 that operations hadn’t yet been affected by unrest in Egypt. Finlayson presented BG’s new strategy on May 14, saying profit will outpace production growth in the years ahead as liquefied natural gas trading expands.

The company is hosting a capital markets day in London today.