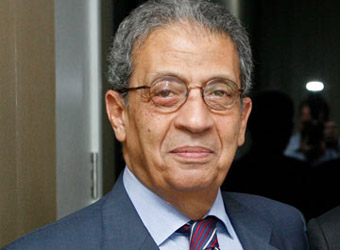 Amr Moussa, a stalwart of the government of Egypt’s veteran autocrat Hosni Mubarak, has been selected to chair the committee entrusted with amending a constitution pushed through by the deposed Islamist president, Mohamed Morsi.

Despite promising an inclusive approach, the army-backed government included only two Islamists on the crucial committee, neither from Morsi’s Muslim Brotherhood, now the target of a sweeping security crackdown after more than a year in power.

Moussa, who was foreign minister for 10 years under Mubarak, won the votes of 30 of the committee’s 50 members when the group convened for the first time on Sunday.

The interim government, installed by the army after it overthrew Morsi on July 3, wants the panel to complete its work within 60 days. The constitution will then be put to a popular vote and provide the basis for parliamentary and presidential elections and a return to civilian rule early next year.

A first draft of the new charter, leaked two weeks ago, would remove Islamic additions forced through under Morsi.

It would also scrap a rule preventing a rapid return to public office for former members of Mubarak’s government, overthrown by the “Arab Spring” uprising in January 2011 at the start of a political crisis that still continues.

Moussa headed the Arab League for a decade after serving as Mubarak’s foreign minister, and gained popularity in Egypt for his criticisms of Israel. He ran for president last year as a secular liberal, but came a distant fifth behind Morsi.

“We are in the process of preparing a new formulation for the constitution of Egypt that ensures the establishment of true democracy, pluralism and respect of human rights and upholds the idea of the separation of powers,” Moussa told the committee after his election in a televised sitting.

The first draft also seeks to restore the voting system that kept Mubarak in power for 30 years, something that has disappointed smaller parties who have struggled to establish themselves since the end of his one-man rule.

One of those, the fundamentalist Salafi Nour Party, said it would take up its seat on the committee to defend the gains of the 2011 revolution, most importantly issues of “identity”.

The state news agency MENA had said the first draft of the constitution scrapped articles that gave Islam more weight in lawmaking, accorded the al-Azhar religious authority a role in vetting legislation, committed the state to upholding morals, and banned insults to “prophets and religions”.

There appears little chance that those articles will be retained, since they were among the most controversial in the constitution rammed through by Morsi in a process that polarized Egypt and contributed heavily to the loss of the army’s support.

Although endorsed by a referendum, Morsi’s constitution ignited some of the bloodiest street protests of his turbulent year in power.

The interim government, with the support of a sizeable section of the population, has made clear that it sees no place in the new order for the Muslim Brotherhood, a million-member movement that emerged from decades of repression under Mubarak’s military-backed rule to win five popular votes in all.

More than 2,000 Islamist activists have been arrested since Morsi was ousted and most of the Brotherhood’s top leaders, including Morsi, have been jailed on charges of inciting or taking part in violence. Some have also been accused of terrorism or murder.

Over the same period, more than 1,000 people have been killed in political violence. Most were protesters killed by security forces breaking up pro-Morsi protest camps in Cairo, and around 100 were members of the security forces.

The state prosecutor said on Sunday that the Brotherhood’s most senior leader, Mohamed Badie, was being sent for trial in connection with clashes on July 16 in Cairo’s Giza district in which seven demonstrators were killed, judicial sources said.

Badie is one of 15 people, including fellow Brotherhood figures Mohamed El-Beltagi and Essam El-Erian and the pro-Brotherhood preacher Safwat Hegazi, facing charges including terrorism and murder.

All four have already been sent for trial accused of inciting violence in connection with other incidents. El-Erian is still at large.