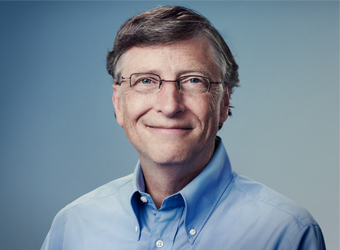 Andrus Ansip, the European Commissioner in charge of the bloc’s push for a Digital Single Market (DSM), isn’t a fan of a robot tax.

“No way. No way,” Ansip said when asked if he would support a robot tax.

Ansip’s comments during a CNBC-hosted panel on Thursday at the Pioneers tech conference in Vienna, made it clear that he doesn’t back Gates’ view.

“The aim of taxation is not just (to) collect revenues … But to increase salaries of teachers and police. Taxes are also to have some influence over some processes. I fully agree that we have to tax bad habits, for example pollution, or smoking, or drinking alcoholic drinks, this I can understand.”

Ansip said that he was not in favor of “taxing progress” as others would take a lead in areas such as artificial intelligence, leaving Europe behind.

Earlier this year, billionaire Gates proposed a tax on robots.

“If a human worker does $50,000 of work in a factory, that income is taxed,” Gates said in an interview with Quartz. “If a robot comes in to do the same thing, you’d think we’d tax the robot at a similar level.”

The panel on Thursday focused on the impact on jobs and society from automation and AI (artificial intelligence) technology. In these areas, major Silicon Valley names such as Tesla CEO Elon Musk and Facebook CEO Mark Zuckerberg have backed the idea of a universal basic income (UBI) – a policy in which every citizen in a certain country receives a regular, but equal amount of money regardless of whether they are employed or not.

When asked if this is a policy the European Commission is thinking about, Ansip said, “not yet”. He explained that even with new technologies such as Apple’s iPad or smartphones, people have ended up being available 24 hours a day. Ansip’s point was that new technology has created more work, and there is no reason why automation won’t do the same.

But at the same time, he warned that people should be afraid of the impact of artificial intelligence on jobs, and urged governments to prepare.

“I would like to say … People have a right to be afraid. I believe in progress, progress always created more jobs than progress used to destroy. We cannot stop progress,” Ansipe said.

“The train is moving, speed is growing and now it’s up to us to be on that train or just wave to the leaving train. I think that last one is not an option for us. A lot of people will lose their jobs but our municipalities, national parliaments, the European Union and also entrepreneurs, business people need to provide skills to those people who will lose their jobs.”