Brahimi in Cairo to Push for Syria Peace Talks 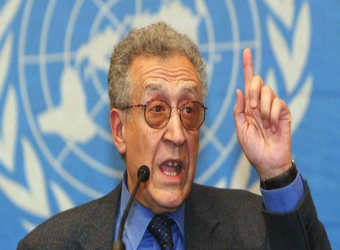 Brahimi’s visit aims to garner regional support for an international peace conference on Syria that world powers hope to convene in Geneva next month.

The renewed push for peace talks comes after a September deal under which Syria agreed to turn over its chemical arsenal for destruction.

But the prospects of holding the conference are still unclear given the divided Syrian opposition which is due to vote next week on whether to take part.

The opposition insists that Syrian President Bashar Al-Assad cannot remain in power, while Assad’s government says his departure from office cannot be on the table.

After the Egypt leg of his tour, Brahimi is expected to fly to Syria itself and Iran, a steadfast ally of Assad’s regime.

Case Demanding That Google Be Banned In Egypt Postponed