Brexit failure a catastrophic breach of trust, says May 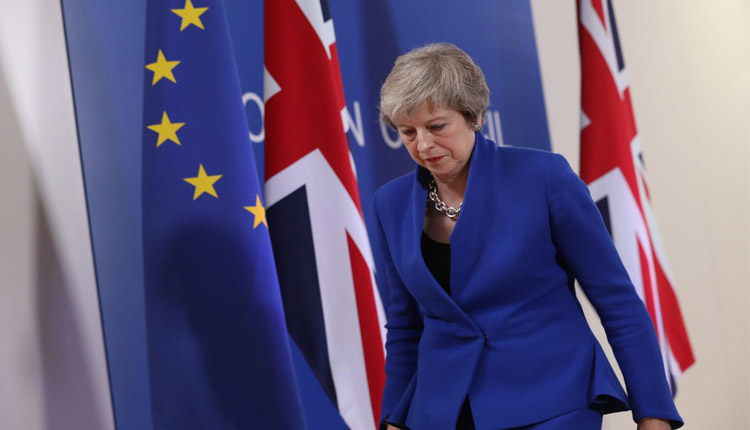 A failure to deliver Brexit would be “a catastrophic and unforgivable breach of trust in our democracy”, Prime Minister Theresa May has warned.

Writing in the Sunday Express, Mrs May pleaded with MPs to back her Brexit deal in Tuesday’s crunch Commons vote.

Not doing so risks the UK leaving the EU with no deal or Brexit not happening at all, she said.

Meanwhile, No 10 is said to be alarmed at the prospect of MPs taking control of Brexit if Tuesday’s vote is lost.

The Sunday Times is reporting a plan by a cross-party group of MPs to change Commons rules to enable backbench motions to take precedence over government business if Mrs May’s deal fails.

This would give MPs, rather than ministers, control of parliamentary business and sideline the prime minister.

One possibility is that backbenchers could then legally compel the government to delay Brexit beyond the set departure date – a proposal some MPs have already called for, says BBC political correspondent Chris Mason.

It was previously thought only ministers could extend the two-year Article 50 process, which governs how a member state leaves the EU.

The UK is due to leave the EU on 29 March 2019 automatically, whether the deal is passed by MPs or not.

Dominic Grieve, who has been at the forefront of cross-party efforts to ensure MPs have a say in what happens if Mrs May’s deal is voted down, told the BBC that reports that he was plotting with Commons speaker John Bercow were “rubbish”.

Mr Grieve, a former attorney general, told the BBC he did meet Mr Bercow on Tuesday but they had not been plotting Wednesday’s events, when Mr Bercow broke with precedent to allow a vote on Mr Grieve’s amendment that led to a government defeat.