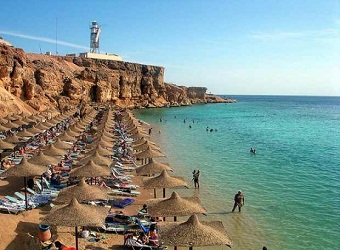 Flights from Bristol Airport to Egyptian resort city Sharm El-Sheikh have been cancelled after the Foreign Office warned of the threat of terrorism.

Thomas Cook has removed the popular Egypt resort from its Winter 2017/18 programme and the next available flight from Bristol is Thursday, May 18 – with Thomson.

Thomas Cook had re-introduced holiday packages and flights to the destination in its line-up earlier this year, amidst hope that the threat levels would desist, but with no change in the foreseeable future the holidays have been cancelled.

However, it’s not all bad news for holidaymakers who have already booked into the packages and flights – the company is offering its customers a choice of alternative holidays, or if preferred, a full refund, reports the Mirror.

Although Sharm El Sheikh still appears as a destination on the Thomas Cook website and the Bristol Airport website, there is no option to book in to any holidays or flights.

The page does however include an explanation from the company as to what prompted the decision.

“We have removed Sharm El Sheikh in Egypt from our Winter 2017/18 and Summer 2018 holiday and flight programmes,” reads the statement. “The UK Foreign and Commonwealth Office continue to advise against travel to Sharm El Sheikh airport, and we have no plans to reintroduce a programme to Sharm until after that advice changes.

“The five flights per week which we had scheduled this winter have now been cancelled.

“We are contacting those customers who have booked with us to offer a refund or a destination change free of charge. Latest update on Sharm El Sheikh Your safety is our number one priority.”

Travel to the Egyptian resort was first suspended in December 2015, after the bombing of a Russian passenger plane killed 224 people.

Following the incident thousands of British passengers were left stranded for weeks after airlines including easyJet and British Airways cancelled their flights to Egypt .

Since then, the Foreign Office has continued to warn against all but essential travel by air to the area.