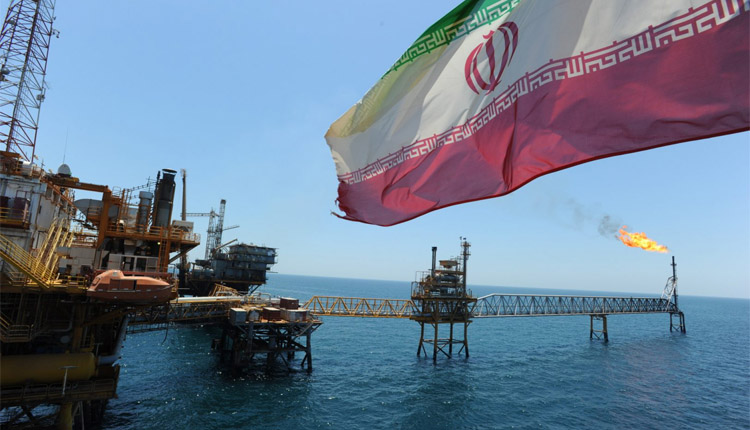 Three Iranian vessels tried to block the passage of a British ship through the Strait of Hormuz but withdrew after warnings from a British warship, the British government said on Thursday.

Britain urged the Iranian authorities to “de-escalate the situation in the region”.

The oil tanker British Heritage is operated by BP under an Isle of Man flag, according to shipping data.

The incident came almost a week after British Royal Marines boarded an Iranian tanker, the Grace 1, off Gibraltar and seized it on suspicion that it was breaking EU sanctions by taking oil to Syria.

Tensions in the Gulf have been rising over recent weeks as Iran began to move away from the terms of a nuclear accord it struck with world powers in 2015 in protest at renewed U.S. sanctions, which have crippled exports of its key revenue earner – crude oil.

The United States withdrew from the pact last year and reimposed and extended punitive sanctions on Iran, saying the original pact failed to curb Iran’s missile programs or address U.S. concerns about its behavior in the Middle East.

Last month, Iran shot down a U.S. drone near the Strait of Hormuz, a vital shipping route linking Middle East oil producers with markets in Asia, Europe, North America and beyond.

U.S. President Donald Trump aborted a retaliatory military strike, saying it could have killed 150 people, and signaled he was open to talks with Tehran without preconditions.

The two sides have continued to trade barbs while saying they want to avoid war.

The United States hopes to enlist allies over the next two weeks or so in a military coalition to safeguard strategic waters off Iran and Yemen, Marine General Joseph Dunford, the chairman of the Joint Chiefs of Staff, said on Tuesday

Trump warned on Wednesday that U.S. sanctions on Iran would be increased “substantially” soon, as the U.N. nuclear watchdog held an emergency meeting at Washington’s request to weigh Tehran’s breach of a nuclear deal.