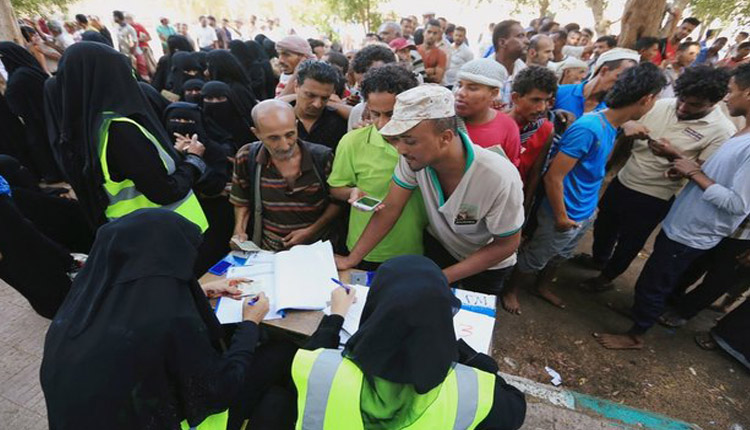 A British push for the U.N. Security Council to take action on Yemen’s humanitarian crisis has slowed because several members, including the United States, are wary of impeding United Nations efforts to convene peace talks, diplomats said.

The 15-member council continues to work on the draft resolution that would enshrine five requests made by U.N. aid chief Mark Lowcock – one of which was for a truce around facilities on which the aid operation and commercial importers rely – but is undecided on when it should be put it to a vote.

Some members want to wait until after planned peace talks have been held next month, said diplomats, speaking on condition of anonymity. While no date has been announced for talks, U.N. Yemen envoy Martin Griffiths has said he aims to convene the parties before the end of the year in Sweden.

Western countries are pressing for a truce and renewed peace efforts to end the more than three-year conflict, which is seen as a proxy war between Saudi Arabia and Iran.

Yemen’s economy is in crisis and three-quarters of its population, or 22 million people, require aid. Some 8.4 million are on the brink of starvation, although the United Nations has warned that will likely rise to 14 million.

In a note seen by Reuters, the United States signaled to council members on Tuesday that it was not ready to act on the draft resolution until after the talks had taken place.

“We look forward to ongoing discussions throughout this critical period, and will continue to monitor closely both the situation on the ground, and progress towards the talks,” the note said.

It added: “We look forward to offering more substantive comments to the draft once we have more information on the outcomes of the upcoming consultations.”

Britain circulated the draft text to council members a week ago, but did not give a timetable for a vote.

“Discussions on the resolution are ongoing and we will put it to a vote at the point that best delivers for the people of Yemen,” said a spokesman for Britain’s Foreign and Commonwealth Office.

A Saudi-led military coalition intervened in Yemen in 2015, backing government forces fighting the Iran-allied Houthi group. The Houthis now rule most of Yemen’s population, while the exiled government controls a section of the south.

Griffiths told the Security Council earlier this month that Yemen’s parties had given “firm assurances” they were committed to attending peace talks.