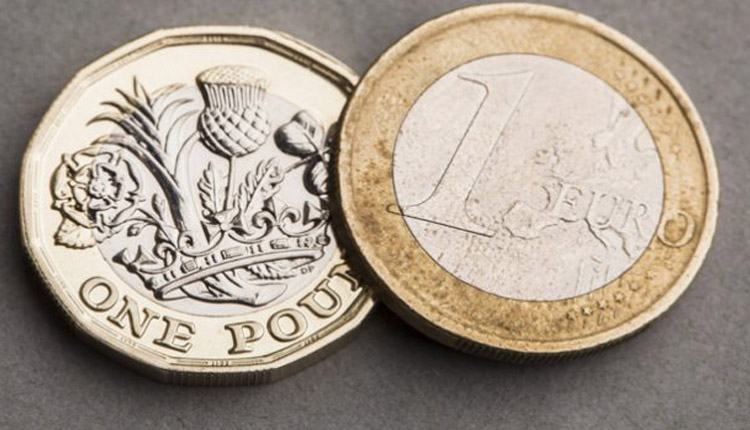 The pound edged up on Wednesday after turbulence following the defeat of British Prime Minister Theresa May’s European Union exit deal, but investors braced for more volatility ahead of additional Brexit proceedings.

The British Parliament on Tuesday rejected May’s deal to quit the European Union for a second time, deepening the country’s political crisis days before the planned departure date on March 29.

Lawmakers will now vote later on Wednesday on whether Britain should quit the world’s biggest trading bloc without a deal. If such a “no-deal” exit plan is rejected, another vote will be held on Thursday on whether to extend the March 29 departure date.

“The parliament is likely to reject a ‘no-deal Brexit’ plan, and the March 29 exit date subsequently being extended now looks to be a distinct possibility.

The pound is thus stabilizing on such expectations for now,” said Takuya Kanda, general manager at Gaitame.Com Research Institute.

“Considering how sensitive the pound is to headlines, we could see the currency gyrate again if the door is opened for an extension of the March 29 exit deadline.”

“Even if Britain decides to extend the Brexit deadline, the question will shift quickly to the length of the extension it desires and what it plans to accomplish within that period,” said Ayako Sera, senior market economist at Sumitomo Mitsui Trust.

“Without an acceptable plan, Britain might have a difficult time convincing European leaders at the EU summit next week, forcing market participants to reverse their positions on the pound and again exposing the currency to sudden downturns.”

The EU’s 28 government leaders will decide at a March 21-22 summit whether to extend the negotiating period beyond the current exit date on March 29.

The dollar was on the back foot after data on Tuesday showed U.S. consumer prices rose at a slower-than-expected pace, nudging Treasury yields to two-month lows.

The dollar index against a basket of six major currencies was little changed at 96.992 after losing 0.3 percent overnight.

The euro was a touch lower at $1.1283 after rising 0.4 percent the previous day as the greenback sagged on the lacklustre U.S. inflation data.

The dollar inched down 0.1 percent to 111.21 yen, reversing the previous day’s modest gains.

The Australian dollar slipped 0.35 percent to $0.7056 after a gauge of local consumer confidence slumped to its lowest in over a year in March.

US futures edges lower as uncertainties over Brexit and Boeing weigh