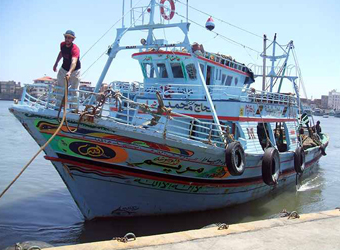 Egypt has successfully coordinated with Yemeni authorities to secure the release in Sanaa 49 Egyptian fishermen who were kidnapped in late November in the port city of Al-Hudaydah, Egyptian foreign ministry spokesman Ahmed Abu Zeid said in a statement on Saturday.

The spokesman added that the Egyptian embassy in Yemen is following up on procedures to ensure the Egyptians return home, and called on “all Egyptians in Yemen to take the utmost care and stay away from conflict areas.”

Abu Zeid explained that Egypt’s ambassador to Yemen worked with the UN envoy in Yemen and the International Red Cross Committee to secure the release of the Egyptians.

The identity of the kidnappers was not clear.

The war in Yemen erupted in 2014 when Houthi rebels took over the capital Sanaa and overthrew the country’s internationally recognised government of President Abd Rabbu Mansour Hadi.

Egypt has been part of the Saudi-led military coalition formed last year to combat the Houthi uprising.

Processed meat ‘could be bad for asthma’

Queen to miss Christmas Day church service ‘due to cold’