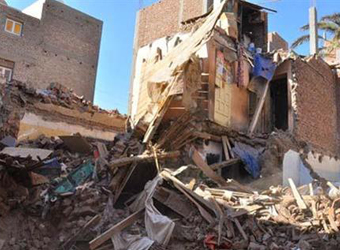 The Egyptian official further added that 2017 is scheduled to witness the implementation of many residential projects including the first phase of slum-dweller project in El Shabha and Pharoan regions involving about 7720 residential units.

In addition, the governorate will also inaugurate another slum-dweller project in El Khayala, comprising of 3200 residential units, and two others in Al Mahrousa 1, 2 in El-Salam City, which includes 4776 housing units for each, Abdel Hamid clarified.

Abdel Hamid said that the governorate is to develop Tel Al-Aqareb slum and build a new residential community in cooperation with Informal Settlements Development Fund (ISDF) and Ministry of Housing.

The governorate will develop  slum-dweller project cooperation with in Central Military Region, to establish a 815-unit housing community on 11, 5 feddans in east Cairo, he added.