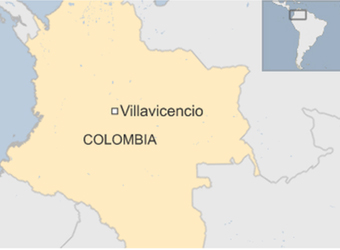 A state of emergency has been declared by the Canadian province of British Columbia (BC) as it battles over 180 wildfires.

The federal government says it is monitoring the situation closely and is ready to provide assistance upon request.

CBC News reported that an estimated 7,000 people had been forced from their homes.

It is the first state of emergency declared by the province in 14 years.

The BC Wildfire Service said that lightning, strong winds and high heat were all contributing factors in the spread of the wildfires burning across hundreds of kilometres.

The hot weather is expected to continue throughout the weekend.

No deaths or injuries were reported and authorities are asking residents to take every precaution to stay safe.

The province of Saskatchewan is sending three planes and 30 firefighters and support personnel to assist. About 260 firefighters from outside the province are expected to arrive in BC next week, provincial Natural Resources Minister John Rustad told journalists.

“The weather situation is not favourable,” Mr Rustad told Reuters. “There is very aggressive fire behaviour that makes it very difficult to directly attack.”

Incoming provincial Premier John Horgan expressed him sympathy “to those who have lost their homes and to those who are under evacuation order”.

“Whatever these wildfires throw at us, we will overcome it.”

Environment Canada said much of southern BC was under threat of forest fires.

The BC Wildfire Service said that the Gustafsen wildfire burning near 100 Mile House, a town about 400km (250 miles) north of Vancouver, reached a estimated size of 3,200 hectares by Saturday afternoon. About 120 firefighters are battling that blaze.

“This fire is expected to grow substantially in the next hours and the amount of growth is dependent on weather and wind conditions,” the agency said, urging the public to exercise caution and stay away from the region.

BC experiences up to 2,000 wildfires a year but the majority are contained within 24 hours.