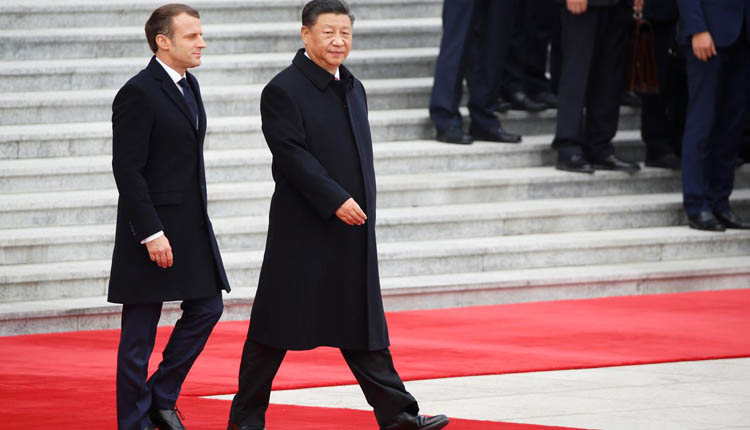 China and France signed contracts totaling $15 billion during a visit by President Emmanuel Macron, a Chinese government official said at a news briefing on Wednesday.

Deals were struck in the fields of aeronautics, energy and agriculture, including approval for 20 French companies to export poultry, beef and pork to China.

They also agreed to expand a protocol for poultry exports reached earlier this year to include duck and geese as well as foie gras, and to work on a protocol allowing France to export pig semen to China, according to a statement from the French president’s office.

Energy deals included a memorandum of understanding between Beijing Gas Group and French utility Engie to collaborate on a liquefied natural gas terminal and storage in the northern city of Tianjin.

An executive with Beijing Gas Group told Reuters that the cooperation with Engie will also include the French firm supplying membrane technology, used for gas leak prevention, in the massive gas storage projects that China is embarking on.

Among other deals, France’s Total will set up a joint venture with China’s Shenergy Group to distribute LNG by truck in the Yangtze River Delta.

The two countries also agreed to reach an agreement by the end of January 2020 on the cost and location of a nuclear fuel reprocessing facility to be built by Orano, formerly known as Areva.

Previous plans to build the plant in Lianyungang in eastern China’s Jiangsu province were canceled after protests.