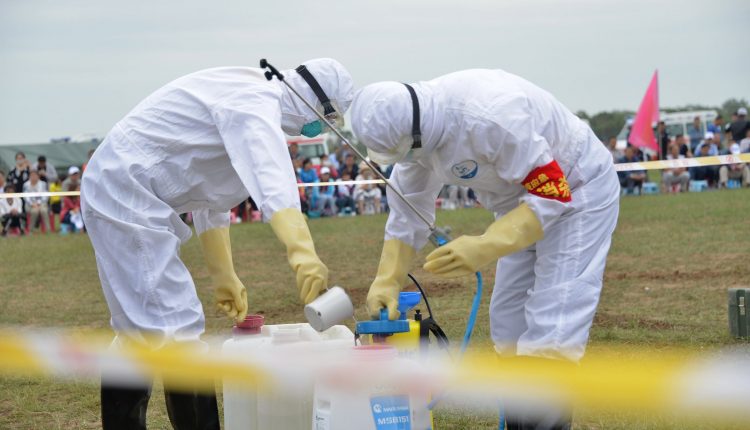 Authorities in China have on Monday stepped up precautions after a city, Bayannur, in the Inner Mongolia autonomous region reported one case of bubonic plague.

According to state reports, the patient – a herdsman – went into a quarantine and is in a stable condition.

The bubonic plague used to be the world’s most feared disease, but currently it can be easily treated.

The first case has been reported as suspected bubonic plague on Saturday at a hospital in Urad Middle Banner in Bayannur.

To date, it is not yet clear how or why the patient has had become infected.

The second suspected case is a 15-year-old, who had apparently been in contact with a marmot hunted by a dog, Global Times said in a tweet.

China announced a level 3 alert, which bans the hunting and eating of animals that could carry plague and urged the public to report suspected cases, effective until the end of the year.

#Mongolia discovered another suspected patient infected with the bubonic plague. The 15-year-old patient had a fever after being in contact with a marmot hunted by a dog, according to Mongolian health authorities on Monday. pic.twitter.com/JJ2sEH9uoB

Bubonic plague is caused by bacterial infection. It was once responsible for one of the deadliest epidemics in human history – the Black Death – which killed around 50 million people across Africa, Asia, and Europe in the 14th Century. Since then, there was a handful of large outbreaks, which killed around a fifth of London’s population during the Great Plague of 1665. In addition, over 12 million people died in outbreaks during the 19th Century in China and India.

However, it can be now treated by antibiotics. If it is left untreated, the disease – which is typically transmitted from animals to humans through fleas – has a 30-60 percent fatality rate.

Symptoms of the plague include high fever, chills, nausea, weakness and swollen lymph nodes in the neck, armpit or groin.

Is it possible to see another epidemic?

Bubonic plague infections are rare. However, there are a few flare-ups of the disease from time to time.

For instance, Madagascar had reported more than 300 cases during an outbreak in 2017, yet a study in medical journal The Lancet found less than 30 people died.

In May 2019, two people in the country of Mongolia died from the bubonic plague as they contracted the disease after eating the raw meat of a marmot – the same type of rodent the second suspected case came into contact with.

However, it’s unlikely any cases will lead to an epidemic, BBC reported.

“Unlike in the 14th Century, we now have an understanding of how this disease is transmitted,” Dr. Shanti Kappagoda, an infectious diseases doctor at UK’s Stanford Health Care, told news site Heathline.

“We know how to prevent it. We are also able to treat patients who are infected with effective antibiotics.” Kappagoda added.