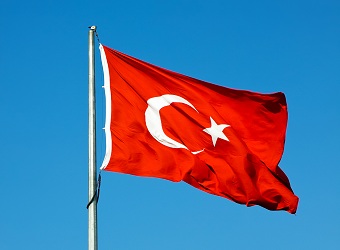 There were no reports of casualties in the attack, in which the assailant opened fire on a police vehicle in Istanbul’s Esenyurt district and later fled after police officers returned fire, leaving behind his gun and a bag containing grenades, Dogan said.

It said police have started an operation to catch the assailant.

The attack marks the third armed attack in Istanbul over the past 24 hours, where unidentified assailants attacked a police station and the office of the ruling AK party on Friday.

A gunman who killed 39 people in an Istanbul nightclub on New Year’s Day in an attack claimed by Islamic State is believed to be held in the police headquarters attacked on Friday.

The nightclub attacker was captured in Esenyurt, where Saturday’s armed conflict took place.

NATO member Turkey has been hit by a spate of bombings and shootings in the past year, including a twin bombing claimed by Kurdish militants outside a soccer stadium in Istanbul on Dec. 10 which killed 44 people.

Militants blow themselves up after gunfight with Saudi forces