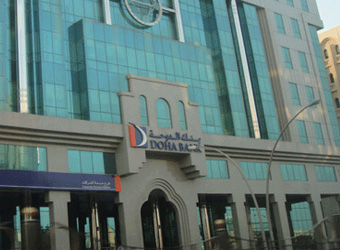 Doha Bank has cut around en jobs in the United Arab Emirates and plans to put some staff in the region on unpaid leave, sources said, as it copes with the fallout from Qatar’s rift with its Arab neighbors.

Qatar’s fifth-biggest lender will decide by the end of the year whether to make those going on long-term leave redundant if conditions have not improved, said two of the sources familiar with the matter.

One source said around 100 staff could be put on leave, while another said it might be as high as 200, although the sources said the final number might be different. The sources declined to be named as the matter is not yet public.

In a statement to Reuters, Doha Bank said the information was incorrect but declined to elaborate. The bank employs 1,571 staff, according to its profile on Linkedin.

As a result, banks from the other Arab states have been pulling deposits and loans from Qatari banks, raising their funding costs. Foreign customers’ deposits at banks in Qatar shrank to 157.2 billion riyals ($43.2 billion) in July from 170.6 billion riyals in June, Qatari central bank data shows.

In addition, regulators in the other Arab states have warned their banks about doing business with Qatar. In July, the UAE central bank told local banks to apply enhanced due diligence for accounts held by Doha Bank and five other Qatari banks.

The UAE business of Doha Bank has been in talks to try to sell some of its assets, banking sources told Reuters last month.