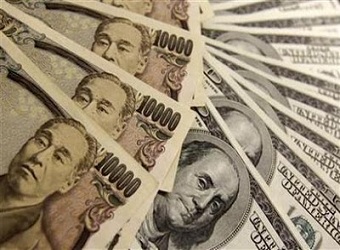 The dollar prices bounced against the yen on Tuesday, with broader risk appetite improving after a speech by Chinese President Xi Jinping promising to cut import tariffs eased concerns about a trade conflict between the world’s two largest economies.

Speaking at a Boao Forum for Asia in Hainan province, Xi pledged to open the country’s economy further and lower import tariffs on products including cars.

Trade conflict worries ebbed after Xi was seen to have refrained from upping the ante between Washington and Beijing in his first public reaction to the tariff standoff on Tuesday.

Xi also said China’s reform and opening up will definitely succeed and that a Cold War mentality, zero-sum thinking, and isolationism would hit walls.

The dollar was up 0.3 percent at 107.130 yen after going as high as 107.245. The greenback had fallen in the two previous sessions as rhetoric from Chinese and U.S. policymakers had kept markets wary.

The Australian dollar, sensitive to shifts in risk sentiment, was up 0.5 percent at $0.7737.

“Trade war woes have been either getting bigger or smaller every day for a while now. Today they just happened to get smaller and dollar/yen is rising in a text book manner,” said Daisuke Karakama, chief market economist at Mizuho Bank.

“But we have to keep in mind that Trump’s protectionist, anti-globalization stance won’t change overnight. His aim is to win the 2020 elections and the markets are likely to be revisited by volatility soon.”

For now, equity markets in Asia have rallied following Xi’s speech, reducing demand for the yen, which is often sought in times of market turmoil and political tensions.

Losses in the Japanese currency were limited from tensions stemming from other perceived risks, notably Syria.

Geopolitical risks are weighing on the dollar against the yen amid concernsthat U.S.-Russia relations could worsen over the Syria issue, said Yukio Ishizuki, senior currency strategist at Daiwa Securities.

The common currency was lifted after European Central Bank President Mario Draghi said on Monday that the slide in stock markets this year has not materially impacted euro zone financial conditions, suggesting policymakers remain calm about the recent market volatility.

The dollar index against a basket of six major currencies inched up 0.05 percent to 89.885 after shedding 0.3 percent on Monday.

The Canadian dollar extended gains after rallying against the dollar overnight on higher oil prices and a business survey from the Bank of Canada that supported expectations for further interest rate hikes.

The loonie reached C$1.2676 per dollar, its strongest since February 27.

Asian shares buoyed after Xi remarks on opening up