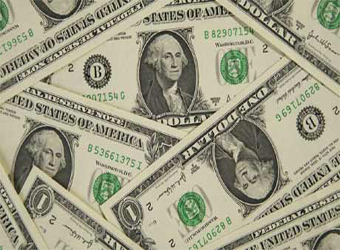 The dollar wallowed near six-month lows against a basket of major currencies on Thursday as the U.S. political crisis appeared to deepen, threatening to delay efforts by President Donald Trump to implement his economic stimulus plans.

“Political instability in the United States is shaking markets. You put a brake on investments to the U.S. when you see those headlines,” said Bart Wakabayashi, Tokyo Branch Manager of State Street Bank.

The appointment of a special counsel follows Trump’s dismissal of James Comey, his FBI director who was investigating Russia’s role in the U.S. election.

Media then reported that Trump may have interfered with a federal investigation, a serious allegation that could even lead to his impeachment if verified.

“Some politicians might try to begin the impeachment process, and if they do, that would take much time to carry it out, and while it is ongoing, it would be almost impossible to push fiscal stimulus through,” said Masashi Murata, currency strategist for Brown Brothers Harriman in Tokyo, noting that it took almost two years for the Bill Clinton impeachment process to proceed though Congress.

The dollar index, which tracks the greenback against six major rivals, fellas low as 97.333 on Wednesday, its lowest level since Nov. 9, having given up all the gains it had made following the U.S. presidential election in November.

It last stood at 97.588, flat from late U.S. trade, and down more than 2 percent over the past four sessions.

Trump’s surprise election victory had initially sparked buying in the dollar and U.S. assets on hopes for his tax cuts and infrastructure spending plans, but such “Trump trades” have been wound back.

The dollar index has now fallen more than 5 percent from its 14-year high of 103.82 set on Jan 3, despite expectations of higher U.S. interest rates that should bolster the U.S. currency.

The Federal Reserve raised rates in March and its officials have said there could be two or three more rate hikes this year.

Yet, U.S. political turmoil and softer-than-expected U.S. economic data such as retail sales, consumer inflation and housing starts in the past week is leading market players to discount the chance of more rate hikes.

Against that backdrop, the dollar dropped 2.09 percent against the yen on Wednesday, its biggest fall since July 29 last year.

It fell to a three-week low of 110.53 yen early on Thursday before bouncing back slightly to 111.25 yen, up 0.5 percent from late U.S. levels on bargain-hunting by Japanese investors.

“Although the headline GDP was stronger than expected, the GDP deflator was deeper into negative, pointing to persistent deflationary pressure,” said Minori Uchida, chief currency analyst at the Bank of Tokyo-Mitsubishi UFJ.

“I’m guessing that some ECB officials will speak up about euro strength having a downside for the eurozone economy,” he added.

Against the euro, to which the Swiss currency is closely tied, the franc firmed to 1.0923 franc per euro from last week’s eight-month low of 1.0988.

European markets to open lower on US political turmoil