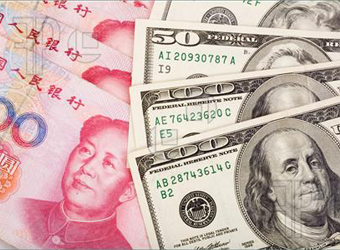 The U.S. dollar fell to a more than two-week low against the Japanese yen on Friday as investors doubted the likelihood of swift tax reform and a quick spending boost from U.S. President Donald Trump’s administration.

On Thursday, U.S. Treasury Secretary Steven Mnuchin suggested that much work was still needed on key elements of a tax reform scheme, one of the policies investors had anticipated would spur inflation and drive up U.S. interest rates.

The dollar fell as much as 0.6 percent against the safe-haven yen to 111.95 yen. Its first dip below 112 yen since February 9 put the greenback on track for its second straight weekly loss against the Japanese currency, of about 0.8 percent.

“Markets are sort of growing a lot more cautious on prospects for U.S. fiscal stimulus, and consequently I think they are now skeptical of the Fed hiking substantially over the next two years,” Vassili Serebriakov, FX strategist at Credit Agricole in New York said.

The euro slipped 0.2 percent against the dollar in afternoon trading to a session low of $1.0558. That put it on course for a 0.5 percent decline since Friday, for the third straight weekly slide.

The euro’s modest drop helped put the dollar index, which measures the greenback against a basket of six major currencies, on course for its third straight weekly gain.

The index hit 14 year-high of 103.820 at the start of the year, largely on the hopes surrounding Trump’s avowed pro-growth policies.

“Ultimately, outside of the U.S. there is reflation happening and data is looking strong, so perhaps it’s time to just take some dollar longs off the table,” said UBS Wealth Management currency strategist Geoffrey Yu in London.