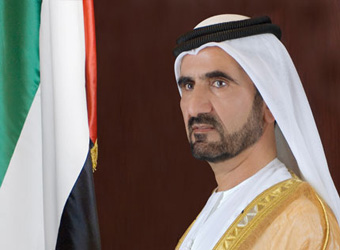 Dubai is ready to spend as much as $4 billion on infrastructure and construction projects should it be picked to host the World Expo in 2020, the emirate’s officials said Tuesday.

“The estimates we have of what other countries had spent on hosting such an expo in the past, range between $2 billion to $4 billion on projects related to the expo including developing of infrastructure and construction… And Dubai looks to spend a similar sum,” Hilal Al Marri, CEO of Dubai World Trade Centre told reporters.

However, “what Dubai will be spending on campaigning until the name of the host is announced on November 2013, will be a really small amount. The $2 billion to $4 billion, give or take, will be spent on expo-related projects until 2020 if we get to host it,” he later told Dow Jones on the sidelines of a conference that launched the United Arab Emirates’ campaign to host the 2020 World Expo in Dubai.

Dubai, which is competing with five other candidates including Russia, Brazil, and Turkey, still has to convince the 160 member-countries of the Bureau International des Expositions, or BIE, to vote for it, according to Vicente Loscertales, BIE’s secretary general.

The U.A.E. has proposed, in its bid last year, to host the six-month Expo at its yet-to-be constructed “Exhibition City”, an ambitious 400-hectare site to be developed on the southwestern edge of Dubai, close to the emirate’s second international flight hub, Al Maktoum International Airport.