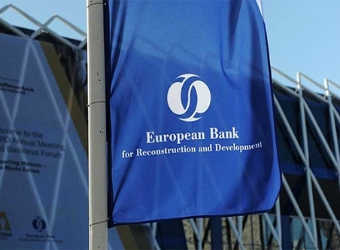 The European Bank for Reconstruction and Development has signed Wednesday a $200 million loan agreement to finance the modernisation of gas infrastructure facilities in Egypt.

Egyptian Minister of Investment and International Cooperation Sahar Nasr and Eric Rasmussen, EBRD Director for natural Resources, signed the agreement in the ministry’s headquarters in Cairo.

Aiming to improve energy efficiency and reduce impacts on the environment, the loan will be extended to the Egyptian Natural Gas Holding Company (EGAS) and its subsidiary Egyptian Natural Gas Company (GASCO). It will fund the introduction of state-of-the-art technologies to recover waste heat from gas turbines used to drive gas compressors.

The recovered heat will be used to produce additional energy, which will drive new electric compressors and replace fuels on-site. The introduction of new technology will lead to a reduction of over 250,000 tonnes of carbon-dioxide equivalent (CO2e) per year.

Egypt has an energy intensive economy compared to its neighbouring regional countries, making it among the top five greenhouse gas (GHG) emitting countries within the EBRD’s countries of operation.

“The rapid growth in power demand as well as gas supply shortages have given rise to supply concerns. This makes Investments in energy efficiency critical for Egypt, in order to meet its growing domestic energy demand and to achieve a sustainable balance in the energy sector.” EBRD said in a statement.

With its Green Economy Transition (GET) approach, launched in 2015, the EBRD is strongly committed to supporting its countries of operations, and Egypt in particular, in adopting an environmentally-friendly model of development. Building on a decade of successful green investments, the bank seeks to increase the volume of green financing to 40 per cent of its annual business investment by 2020.

“(This) project … demonstrates the EBRD’s commitment to support Egypt and the country’s sustainable and successful development.” Rasmussen said.

To date, EBRD has invested €3.2 billion in 73 projects in Egypt. The EBRD’s areas of investment include the financial sector, agribusiness, manufacturing and services, as well as infrastructure projects such as power, municipal water and wastewater services, and support for transport services. The bank has also provided technical assistance to more than 600 small and medium-sized local enterprises.