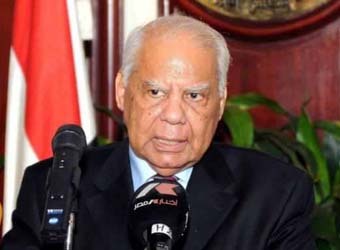 Prime Minister, Dr. Hazem al-Beblawy said the Egyptian economy is improving adding there are many indicators, which confirm this fact.

The PM said remittances by the Egyptian expatriates are increasing adding the Saudi, Kuwaiti and UAE support for Egypt is strong. He added that this support is not just a cash support but extends to cover quick yield enterprises.

This came in a comment on a report of the International Monetary Fund (IMF) on the future of the Egyptian economy which indicated that economic growth rate for the coming year will not exceed 2.8% compared to 3.5% as forecast by the government.

The IMF figures showed that Egypt’s weak economic performance will continue until the year 2018.

Beblawy noted that Egypt is overcoming its problems quickly expecting that conditions would become normal when political stability and security are achieved.

The Prime Minister said previous experiments indicate that the IMF estimates for future are not mostly accurate.