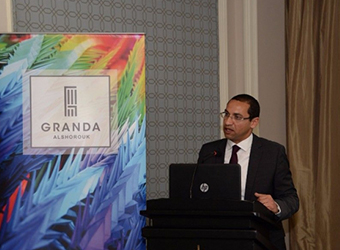 “The flagship is established over 25 feddans, at a value worth 176 million pounds,” the Egyptian official said, referring that it will include 50 town houses and 450 housing units, on spaces ranging between 140 square metres and 220 square metres.

“The project is to be implemented in four phases at the beginning of next year and to be delivered within four years,” he noted.

Gaballah added the first phase is set to encompass 140 units, which are expected to be marketed within 2018.