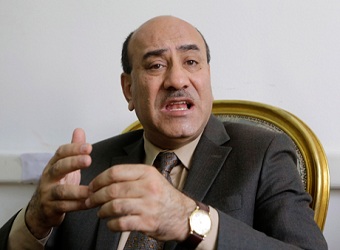 The arrest of Geneina came after he told the American newspaper Huffington Post that he has access to top-secret documents that allegedly prove that army leaders played a role in causing social unrest following the 2011 uprising against former President Hosni Mubarak.

Geneina threatened to release these documents if Anan, who is currently under arrest, is subjected to a threat to his life.

In a statement released by the army’s official spokesperson on Monday night, it was asserted that the Armed Forces will take all legal actions against Geneina after he said he would release statements that could undermine the country’s current leadership.

Sami Anan was arrested in January and is now believed to be held in a military prison. He is accused of declaring his intention to run in the 2018 presidential elections. scheduled for late March, without getting permission from the army, driving a wedge between the army and the Egyptian public, and forgery of official documents.