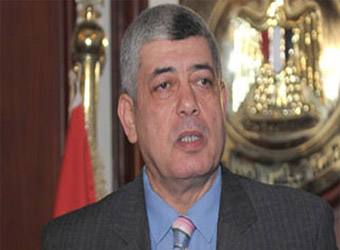 Egyptian authorities arrested an Islamist militant on Sunday, saying he was close to the brother of al Qaeda leader Ayman al-Zawahri and had supplied arms to supporters of ousted President Mohamed Morsi, according to security sources.

Daoud Khairat was arrested in Cairo’s Nasr City district, where police broke up a pro-Morsi protest vigil on August 14 in a bloody crackdown on the Islamist president’s Muslim Brotherhood. At least five other Islamist militants were detained elsewhere.

The security sources said the authorities accused Khairat of arming pro-Morsi demonstrators and described him as the “right-hand man” of Mohamed al-Zawahri, the al Qaeda leader’s brother who was himself arrested in Egypt on August 17.

The Brotherhood denies using firearms and says it is a peaceful movement with no links to the jihadi al Qaeda.

More than 1,000 people, including about 100 soldiers and police, have died in violence across Egypt since Morsi’s fall, making it the bloodiest civil unrest in the republic’s 60-year history. Brotherhood supporters say the toll is much higher.

Earlier on Sunday, the army said it had captured five militants in Sheikh Zowayed, a town in North Sinai, saying they had been involved in attacks on security forces in the area.

A son of senior Brotherhood politician Mohamed al-Beltagi was also arrested in the southern city of Beni Suef, the security sources said, in a continuing campaign against Egypt’s oldest and best-organized Islamist movement.

Three Brotherhood leaders and the movement’s former arch-foe, ex-president Hosni Mubarak who fell to a popular revolt in 2011, face separate trials on similar charges of involvement in the killing of protesters.