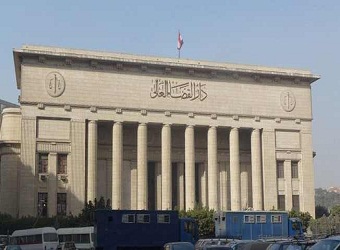 A Cairo criminal court issued preliminary death sentences to 21 people on Tuesday who were convicted in a court case dubbed by local media “the Damietta terror cell case.”

The court’s preliminary death verdict is scheduled to be referred to the country’s grand mufti for a consultative non-binding opinion, as per Egypt’s penal code, and a final verdict will be rendered on 22 February for all 28 defendants in the case.

The defendants were charged with joining an outlawed group that aims to obstruct state institutions from carrying out duties, targeting private and public property, planning to assassinate police and military personnel, manufacturing explosive devices, and embracing terrorist thoughts.

The case dates back to May 2015, when the Egyptian interior ministry said it had arrested 12 members of a terror cell in the city of Damietta, which is about 200 kilometres north of the capital.

The police said the defendants placed explosive devices outside the city’s police station and under gas pipelines in a nearby village.