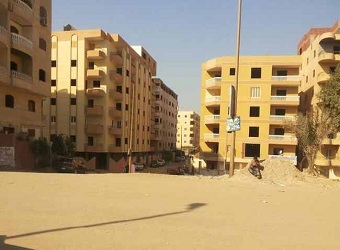 The Egyptian government is currently carrying out 550,000 residential units as a part of Social Housing Project, said Fathy El-Sebai, chairperson of state-owned Housing and Development Bank (HDB) on Tuesday.

The mega project aims to establish one million housing units with cost worth 150 billion Egyptian pounds (US$8 million), the Egyptian official further added.

El-Sebai clarified that the state is responsible for financing units’ establishment, adding that the banks only fund the beneficiaries after finishing the units among the Central Bank of Egypt’s (CBE) mortgage finance initiative.

Through the initiative, CBE would lend Egypt’s working banks 10 billion pounds  to be lent to people of low-income and average-income at five percent.

El-Sebai referred that the social housing project is allocated for four categories including those whose houses were collapsed in different governorates as well as low-income people.