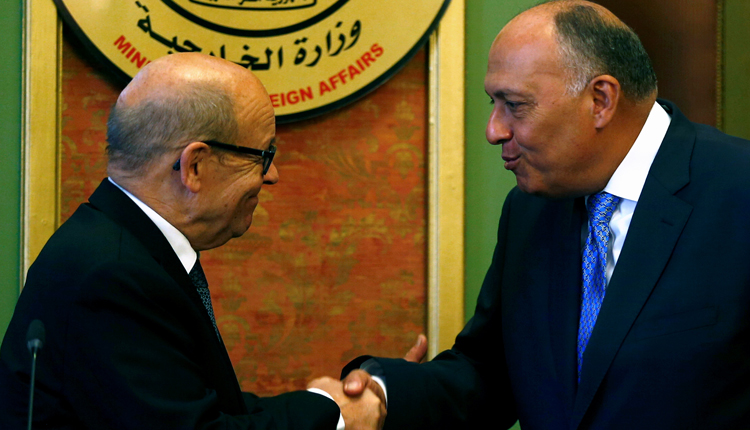 The two top diplomats praised distinguished Cairo-Paris relations at all levels and agreed on the importance of developing bilateral relations in all fields, Spokesman for the Foreign Ministry Ahmed Hafez.

The meeting tackled several regional issues of mutual concern, as well as the latest developments in the Middle East region, the spokesman said.

The two foreign ministers tackled preparations for the G7 summit, which will be held in France this month with the participation of Egypt.