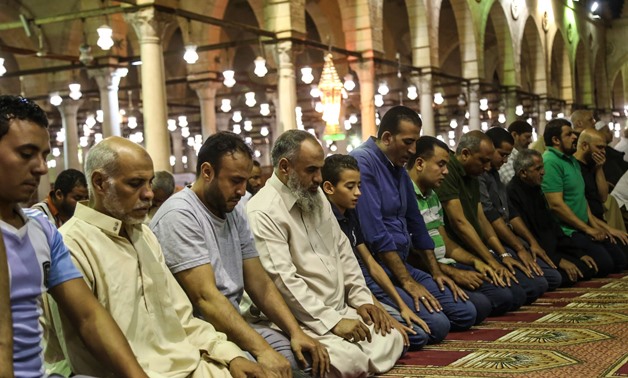 Mass night prayers during Ramadan (Taraweeh) will be permitted in some mosques with the adoption of preventive measures against the coronavirus, according to Nouh Essawy, the endowments under-secretary for mosque affairs.

The mosques allowed to hold Taraweeh prayers are those the state permitted to open for Friday noon prayers due to their strict adoption of preventive measures to curb the spread of the pandemic.

With Ramadan beginning in April, Essawy said a ban has not been lifted on the organisation of the holy month’s charity Iftar banquets nor on solitary retreat in mosques, known as itikaf.

Shrines, community centres, and bathrooms in mosques will remain closed, he added.

Taraweeh prayers, considered the most spiritual prayers held during Ramadan, were banned last year as Egypt had stopped in March all congregational religious activities nationwide to curb the spread of the virus in the overpopulated country.

Taraweeh prayers in Ramadan 2020 were performed by a mosque imam and two mosque workers, and broadcast on Al-Quran Al-Kareem radio station.

However, Essawy said it is preferable for worshippers to pray Taraweeh at home amid the pandemic crisis.

Egypt saw an unprecedented Ramadan in 2020 as restrictions to contain the pandemic, including an extended overnight curfew in place since March, took a toll on the cherished rituals of Islam’s holiest month.

The temporary shutdown of the practices were lifted over the summer, allowing major mosques to reopen for daily prayers later in late June, with weekly Friday prayers resumed in late August.