Egypt ministers to address economic issues in parliament next week 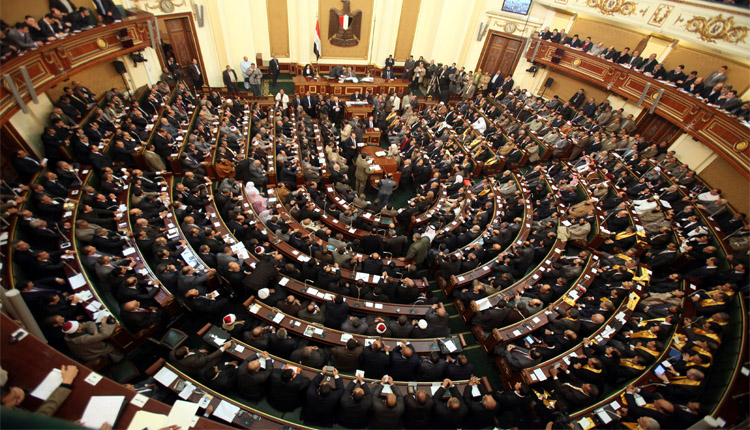 Egypt’s parliament – the House of Representatives – will be busy discussing the country’s financial and economic performance when it reconvenes on Saturday.

Parliament’s economic affairs committee, led by Ahmed Samir, will hold two sessions on Saturday to discuss the performance of the Ministry of the Public Business Sector.

Samir said the committee held a number of meetings with the Minister of the Public Business Sector Hesham Tawfik two weeks ago to discuss the ministry’s plans in improving the financial and industrial conditions of companies where the government still has majority shares.

“Our meetings on Saturday, which are expected to be attended by Minister of Public Business Sector Hesham Tawfik and Minister of Industry and Trade Amr Nassar, will focus on discussing the government’s ‘Egypt 2030 programme’ for sustainable development,” Samir said.

“We also received a number of documents on the performance of the two ministries in the first half of FY 2018/19 and we want to discuss them with the two ministers, particularly in the area of rectifying the financial conditions of the public sector industrial companies,” said Samir.

Samir also said that the Minister of Planning and Administrative Reform Hala El-Saeed will come to the committee on Sunday to deliver a statement about the progress in implementing the government’s policy statement at the end of the first half of FY 2018/19.

“This statement, delivered before parliament last June by new Prime Minister Mostafa Madbouli, said several development programmes will be implemented to safeguard the poor against the vagaries of new economic liberalisation policies, and we want to check this with Minister of Planning Hala El-Saeed,” said Samir, adding that he expects Minister El-Saeed to also give an assessment of Egypt’s economic reform programme with the IMF.

Also on Sunday, Minister of Investment and International Cooperation Sahar Nasr will give her own assessment of economic policies in the first half of FY 2018/19, particularly in the area of the country’s increasing dependence on foreign borrowing.

“Minister Nasr will also review the type and scale of investment agreements held with foreign governments in the first half of FY2018/19,” said Samir.

On Monday, Minister of Supply and Internal Trade Ali El-Moselhi will answer 12 information requests on the performance of his ministry.

“The requests cover the subsidy policies in the two areas of the supply of goods and bread,” said Samir, indicating that “a lot of MPs accuse the Ministry of Supply of stripping a lot of poor and limited-income citizens of ration cards and shutting down a lot of bakeries that produce low-priced subsidised bread.”

Minister of Finance Mohamed Maeet will answer around 50 questions and information requests in a plenary session on Monday. The questions cover vital issues like foreign borrowing, public debts, and cash subsidies allocated to the Takaful and Karama social solidarity programme.

Minister Maeet will also address whether the government of Muslim Brotherhood in Egypt in 2012 smuggled 2 billion euros into Turkish banks, the costs of government officials traveling abroad, and the government’s plan of relocating the headquarters of ministries from downtown Cairo to the new administrative capital.