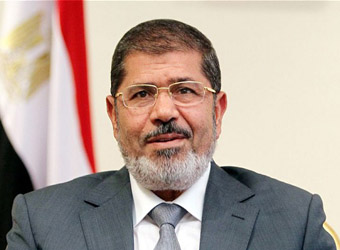 Egypt’s presidency is considering changing the starting date of parliamentary elections after Coptic Christians complained it falls on a religious holiday, state television reported on Saturday.

President Mohamed Morsi had issued a decree on Thursday to hold the four-round election starting on 27-28 April, the dates of Lazarus’s Saturday and Palm Sunday.

The rest of the week, before Easter on 5 May, is marked as the Holy Week. The runoff for the first round falls on Easter.

Many Copts believe Morsi and his Islamist allies want to sideline the minority amid persistent rumours – denied by electoral officials – that they had been barred from voting in some polling stations in past elections.

Bishop Morcos, a senior figure in the Coptic Church, said holding the first round on a Christian holiday would “affect the percentage of (Coptic) votes,” the independent daily Al-Masri Al-Youm reported.

The poll dates are another signal that President Morsi is seeking to marginalize Christians in Egypt, Coptic Christian business tycoon Naguib Sawiris said via Twitter on Friday.

Former MP Georgette Kellini said the scheduling of the poll showed a “neglect” of Copts, and dismissed claims the presidency was not aware of the clash.

Kamal Zakher, coordinator of the Secular Front in the Coptic Orthodox Church, said the presidency’s “neglect” means one of two things: “either they think only [the government] exists, or that they want to split the vote.”

Former MP Hana Greis said, “If [the clash of dates] was an unintentional mistake then it can be forgiven as long as it’s corrected. Otherwise it will be a negative message from the president which marginalizes the Copts and excludes them from participating in the election.”

State television did not provide further details on a new schedule for the election, which will replace the Islamist-dominated parliament dissolved by a court on a technicality before Morsi won a presidential election last June.

Voting will take place in four stages with the new People’s Assembly invited to convene on 6 July, according to the decree.

Morsi’s Muslim Brotherhood movement said it hoped he would change the date of the parliamentary election.

“We’re hoping president would revise the decree and change the dates for this particular phase, let’s put it this way,” the group wrote on its official English-language Twitter account.

Coptic Christians, who comprise up to 10 percent of the country’s 83 million people, have complained of a spike in sectarian attacks since a popular uprising overthrew president Hosni Mubarak in early 2011.