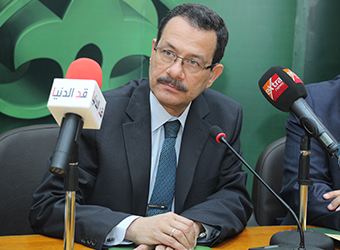 Egypt’s General Authority for Suez Canal Economic Zone (SCZone) is negotiating two firms, one from France for pharmaceutical industries, and another multi-national for investment, to invest in the economic zone, its head announced Thursday.

Ahmed Darwish further said that SCZone has recently signed a letter of intent with a U.S. firm to build the first factory in the pharmaceutical industrial zone in Suez Canal, with investments worth $624 million.

Darwish stressed on the importance of the pharmaceutical industry in Egypt, describing it as  ‘national security’.

U.S. stocks rise as Trump-Xi meeting gets under way