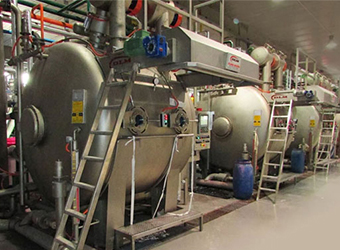 Syria’s Cotton and More Company, which is currently working in Egypt, says it studies building a factory producing blankets in the North African country at an initial cost of $20 million approximately.

“We are considering building the factory in one of the governorates in Upper Egypt, for instance in Beni Suef,” said Emad Ahmed, Head of Sales Department at Cotton and More, on Thursday on the sidelines of an exhibition for home textiles and houseware, Egy Home Tex in Cairo.

The company has been working for four years in Egypt where it has built a factory producing terry towels and home furnishings in Sadat industrial area, on a space of 12,000 metres, with investments worth $10 million, Ahmed stated.

The factory is with a production capacity of around 360 tonnes a year, he added.