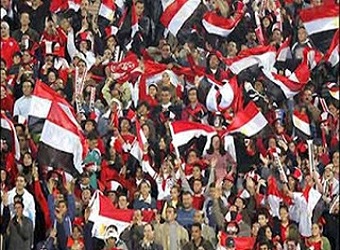 Egypt has remained in the 31st place in FIFA’s monthly global football rankings, FIFA stated in its website.

The Pharaohs, who qualified to the World Cup competition next year for the first time since 1990, have not played in December and have maintained their overall position in the rankings.

Egypt is still the third among African countries, behind Senegal (23) and Tunisia (27).

Egypt’s national football team, who are paired with Saudi Arabia, host Russia and South American powerhouse Uruguay in Group A, will play friendlies against Portugal and Bulgaria in March in preparation for the 2018 World Cup.

FIFA’s December rankings saw no major position changes in the top 50 places, with Germany still in the lead, ahead of Brazil, Portugal, Argentina and Belgium.

Russia-Egypt negotiations on charter flights to start in April